WASHINGTON — Collision avoidance technology in trucks could improve the safety of operators and everyone else on the road, according to Rob Molloy, director of the National Transportation Safety Board’s Office of Highway Safety.

He made the comments Nov. 15 during NTSB’s mid-year progress report on its 2017-2018 Most Wanted List. The list was initially released in November 2016.

The Most Wanted List identifies the biggest safety improvements that can be made across all modes of transportation, namely aviation, highway, marine, pipeline and hazardous materials and rail.

Molloy said that many of the truck-related accidents his office studies occur when trucks fail to stop for queued vehicles on the road ahead, referring to an incident June 29, 2016 in Goodland, Kan., when a Volvo truck ran into a passenger vehicle and killed several of its passengers. The truck had the necessary wiring for collision avoidance technology in place, but no such device had been installed.

“The technology exists,” Molloy said. “It’s a shame when you see that technology was there — almost.”

Recorder use refers to event data recorders, which are devices installed in vehicles that collect information related to accidents and crashes. In its list, NTSB recommends that the Federal Motor Carrier Safety Administration require all heavy commercial vehicle operators install video event recorders and study the data collected by these devices when assessing performance data.

Molloy said it is “reverse logic” that the average passenger car almost always bears the physical marks of its accidents, while buses and trucks are not required to record data about such incidents. 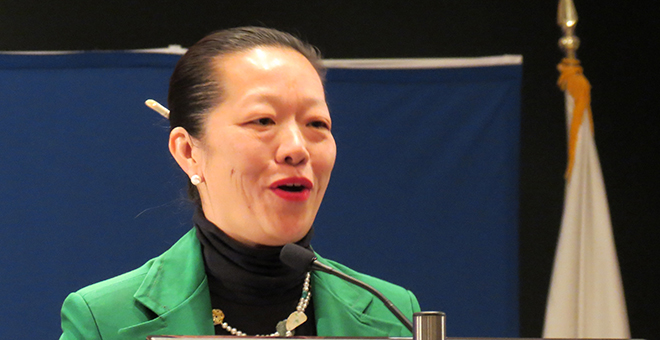 “We don’t have the event data recorders in trucks that we have in many vehicles. It’s quite unpopular because people think it’s Big Brother,” said NTSB member Bella Dinh-Zarr. “It’s a way to ensure truckers keep themselves safe, as well as everyone else on the road.”

Dinh-Zarr, who referred to the devices as “black boxes,” said these recorders could provide useful information on accidents involving driver fatigue and obstructive sleep apnea.

Sleep apnea is an important issue for the trucking industry because the disorder frequently leads to insufficient rest, causing exhausted drivers, which can lead to accidents on the road.

One of NTSB’s recommendations is that FMCSA establish a program that identifies drivers who are at risk for sleep apnea and requires those drivers to provide evidence that they have been cleared by a medical professional.

In early August, FMCSA and the Federal Railroad Administration announced plans to formally withdraw a 2016 advance notice of proposed rulemaking seeking information on the potential for standards to assess risks associated with transportation workers with apnea. 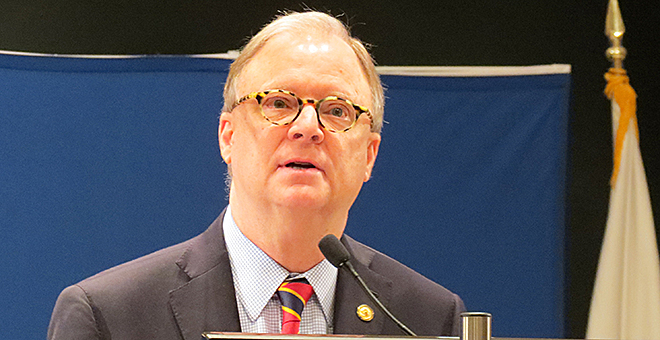 Molloy said that many of the items on the Most Wanted List pertain to trucking both directly and indirectly because the highways — which are shared by tankers, passenger vehicles and motorcycles — are a truck driver’s workplace.

The board is an independent federal agency that determines the probable cause of transportation-related accidents and promotes transportation safety. The board has five members, each of whom is nominated by the president and confirmed by the Senate.